Fleet Compliance and the Myriad of Legislation

Technology is Exponential, Humans are Linear. 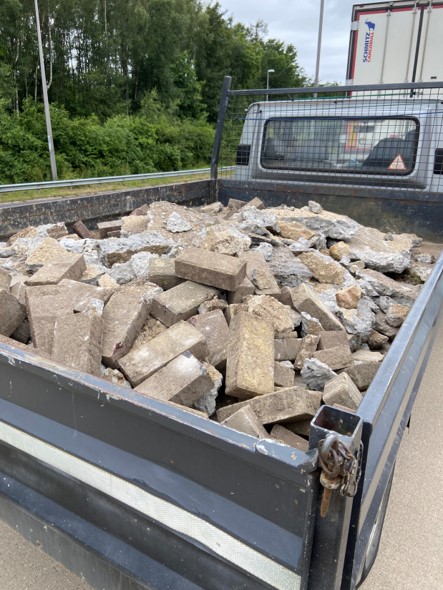 The construction sector has made huge strides in terms of site safety, and HGV fleet management  – but National Highways warns that vans are the sector’s Achilles heel, putting companies, drivers and other road users at risk.

During October, the police, Driver and Vehicle Services Agency and National Highways will conduct enforcement activity specifically focused on this sector, to highlight the issues, educate drivers and companies, and remove dangerous vehicles from the road.

The campaign was inspired by spot checks at key sites earlier this year by National Highways’ which showed a 40% prohibition rate among vans.

Head of commercial vehicles Mark Cartwright says: “The worrying aspect of these prohibitions is not just the illegality of the vehicles, but that they obviously had not been checked prior to use.”

He says that many drivers also expressed ignorance of the law, which, while no excuse, suggests broader systemic and management failings.

A key finding was that company managers were not conducting proper licence checks, as many foreign drivers had not converted their licences for the UK. In some cases drivers had been switched to larger vehicles, to allow for social distancing, which they were not qualified to drive.

“It should concern board members, managers and drivers that in the event of a collision, the lack of a valid licence is not only illegal but will probably invalidate the company’s insurance,” says Cartwright.

The UK has 4.3 million vans on the road and it’s likely up to one million of those belong to the construction or civil engineering sectors. There are 857,000 ‘skilled trades people’ in England and Wales alone.

Construction and civil engineering companies have a duty of care to ensure roadworthiness and legal compliance for their own fleets and those of dependent subcontractors.

Road casualty data shows that vans have the highest rate of other road user deaths per mile and were involved in 20 motorcyclist fatalities, 7 cyclist fatalities and 33 pedestrian deaths in 2019. Nearly two thirds (64%) of those killed by vans were vulnerable road users.

Moreover, van drivers themselves are at risk. For every 100 crashes, 3 of the fatalities were van drivers, with 43 losing their lives in 2019.

By contrast 40 people lost their lives in construction in 2019, (with 10% of those hit by a moving vehicle).

“Driving is the single most dangerous activity these workers undertake in their day – and they do not realise that risk or how to mitigate it,” says Cartwright.

“We know that the construction and civil engineering sectors are capable of rising to this challenge because they have transformed safety on sites and in relation to HGVs,” he adds. “We now need them to step up and educate all construction workers and put proper fleet safety management protocols in place.”

Cartwright says all parties can leverage the power of procurement to ensure safety.

“For smaller contractors, evidence of safety regimes helps you win work, and for larger companies safety protocols should be an essential component of contractor choice.”

Cartwright says there are several sectoral issues which cause road safety problems for the construction and civil engineering sectors. There are as follows:

How to use WEBFLEET to connect software applications and improve your fleet performance.

How non-connected camera systems can let you down?

How to stay compliant with tachograph automation from Webfleet Solutions